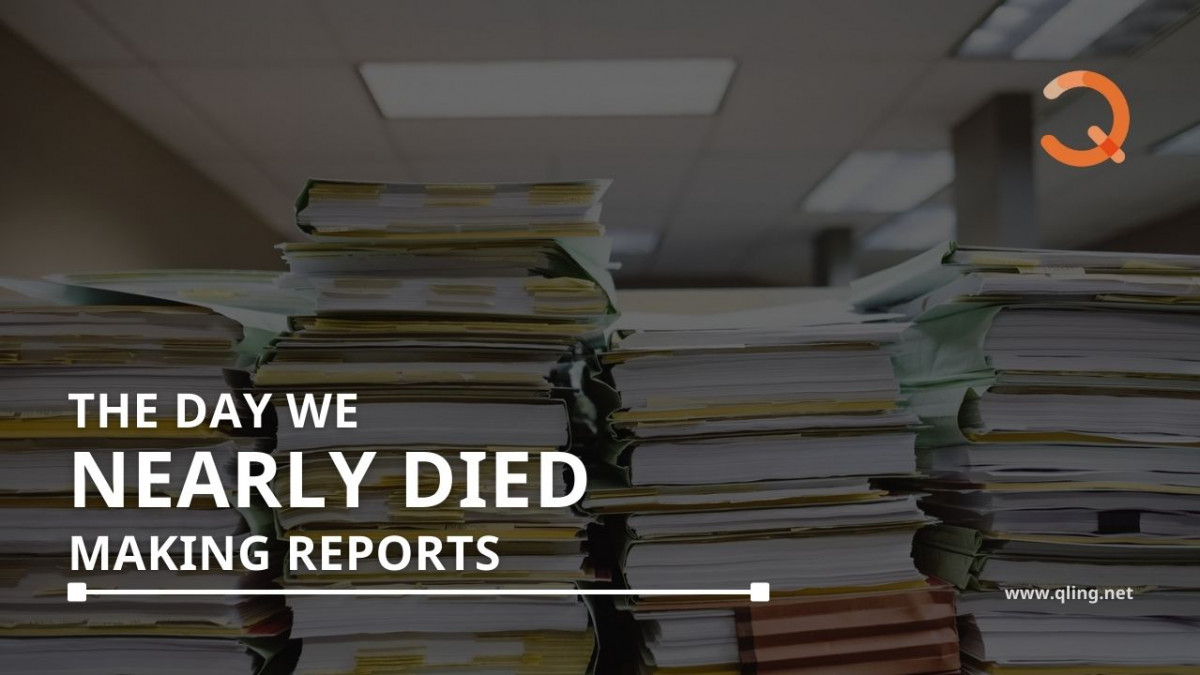 In my last blog, I had asked - Are you guilty of creating your office reports one by one? I also shared six amazing things that you can do when you automate generating reports using Excel. In this blog, you will get to hear the incident that triggered this thought before nearly killing my colleagues and me!

The most dangerous question at work and how you should respond?

"Do you have 5 minutes?" - This is officially the most dangerous question at work. With hindsight, I can tell you that the correct answer is always No.

Ten years back, I said Yes to this question. My colleague promptly took me to a meeting room where another colleague who had said yes was sitting. She mentioned that our boss had promised a sample of 6 reports in the next 1 hour to a client, and three of us had to make sure he gets to keep his word. So it meant two reports per person and half an hour for each report.

The report template was a simple one. Only two pages, and most of it was numbers, which are easier to represent. We finished it in an hour. Both client and boss were happy! Easy-peasy. (BTW... this is not the day)

The day we nearly died of making reports

Three days later, I said yes again. This time, my colleague told me that she wanted more help, and we were finally five people, including her, in the meeting room. Soon our boss walked in and tried to give us a pep talk. We were all spellbound when he left. It wasn't so much the pep talk (actually not at all) but more by the task at hand.

We were to generate 120 reports by the end of the day, and now the report was 24 pages long. So finally, after half an hour of complaining, we all got down to work. Except I didn't!

I wanted to go and lecture my boss on work-life balance and how stress was killing young professionals. And I also wanted to remind him that the other day he was quoting another leader, "employee first and customer second" and today, he seems to have forgotten that completely.

Everyone reported their progress when one hour was over - three pages, four pages, two pages, and three pages. I was yet to begin, and no one was happy, of course. I don't blame them. All of them started holding me accountable for the inevitable delay and embarrassment that awaited us at the end of the day. Amidst all the accusing, I said, what if I show you a way to finish the reports by 6 PM. It was 11:00 AM, and my colleague who had roped us all in was looking at me with hope.

I took to the whiteboard, explained how I could automate the entire report generation process using Excel. And with everyone's help, we can then create the reports in the next 7 hours. People do strange things when faced with adversity. This group was no different as they agreed with my "un-tested" plan.

Execution of the plan

I laid out the plan. I requested two colleagues to organize all the data, comments, and recommendations about the 120 individuals in a table. And I asked the other two to start designing the report format in Excel. They said they did not know how to create attractive reports using Excel. I gave them a quick demo on how you can design great-looking reports using Excel, and they were on board.

By 4 PM, we had the design ready and the comments for some 80 people arranged in tables. I had also prepared a file where we could automate the entire report generation process. We created 5 sample reports and showed them to our boss. He suggested some changes to the format and asked us for status. I said 80. He didn't believe me.

While I made the suggested changes, my colleagues completed arranging the data for the remaining 40 people. They finished this close to 6 PM, and we were ready to publish. I gave the command, and Excel started to create magic. In roughly 15 minutes, we had finished generating all the reports.

We showed the reports again to our boss, and he suggested some minor changes to the format. Then, to motivate us, he said that it should take us 5-minutes per report to make the change, so we should all be done in a couple of hours.

A little mischief does not harm

We updated the template and recreated the reports in no time. We did not tell our boss of the automation and requested if he could also quickly look at all the reports and verify the formatting change before sending them out to the client.

Start of something special

Adversity does make people do strange things. I had never imagined that I could use Excel to create reports with such ease. I have used this technique a few times during the last ten years. My team and I would have generated over 15,000 reports using just 5 Excel files.

If you have some questions on how can Excel be used to create automated reports, then you should read my blog Three beliefs that stop you from automating reports in Excel. This blog will dispel any thoughts that may prevent you from simplifying your life and using your time for doing work that matters to you.

How can you learn this method?

This method has helped me offer solutions to clients, where we have delivered high-quality work within a quick time and with lower costs. In addition, this method has saved many hours of mundane work, which improved our experience at work and allowed my teams to do more meaningful work.

I have designed a course Magic Reports where I teach this method step-by-step. It will be an excellent opportunity for you to learn this in a matter of few hours. The course is one of a kind course in the entire world. So if you would like to save hundreds of hours of your effort or your team member's effort, this is your opportunity. Click here to learn more about it.